In addition to the assessed value of a property, the Denver County Assessor’s office uses mill levies to determine how much an owner has to pay in property taxes. Mill levies are set by a number of entities, including city councils, school districts and special districts. One mill is the equivalent to $1 in property tax for every $1000 of assessed value. The currently mill levy for Denver County is 83 mills which is primarily derived by a formula. The 83 mills that is charged, is distributed between the City, Denver Public Schools and other taxing entities such as sanitation and water districts. About 33 mills is allocated to the city and the rest is distributed between Denver Public Schools and other taxing entities.

In addition to the assessed mill levy set by the City, some parts of Denver are also part of special districts, which can add their own mill levies to properties within the boundaries of those districts. For example, Central Platte Valley area near Denver Union Station has assessed an additional 49 mills to property taxes in 2014 according to the Denver County Assessor’s office. Although special districts can accelerate growth and development, the additional tax burden can play an integral part in a company’s decision of whether to relocate within a special district. Those levies, including those added by the school districts, are not set by the City.

The good news (silver lining) if there is one, is that the voters in 2012 passed a measure that governs the way the city’s portion of the mill levy is set. The 2012 measure places a cap to protect property owners in years in which values grow substantially and limits the city’s revenues from property tax collections which can’t exceed more than 6%. The city is trying to lessen the increase in property taxes triggered by higher valuation by offering credit to lower tax rates. Property owners currently are getting a 2.2 mills credit, but the city has plans to increase the credit by approximately 3.4 mill, totaling 5.6 mills which helps offset the increased taxes. 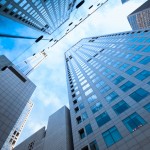 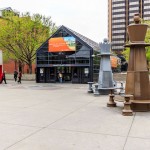